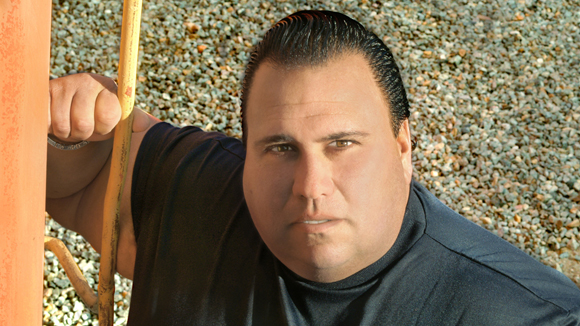 Daniel Margotta (born February 10) is an American actor, writer, and film producer. He began his acting career in 1990. Daniel has been cast primarily as a Mafioso actor. In 2012, IMDB ranked him #1 on the list of the 50 most Underrated Mafia Actors on their website. 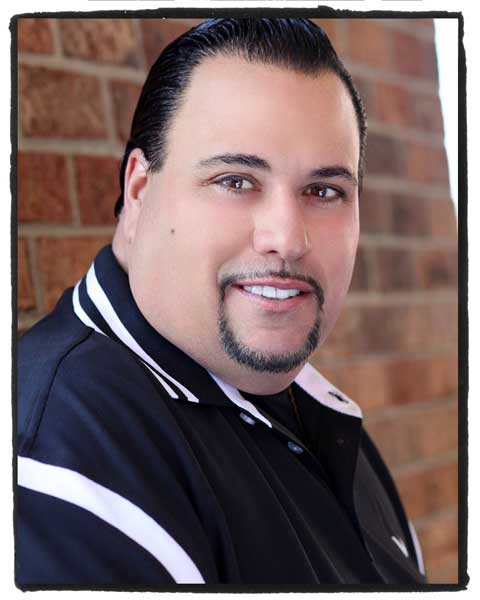 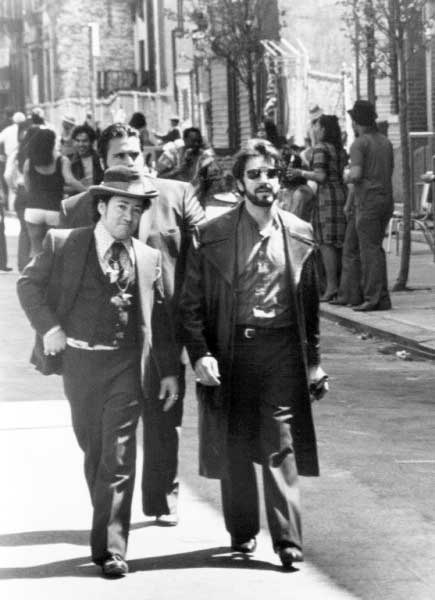 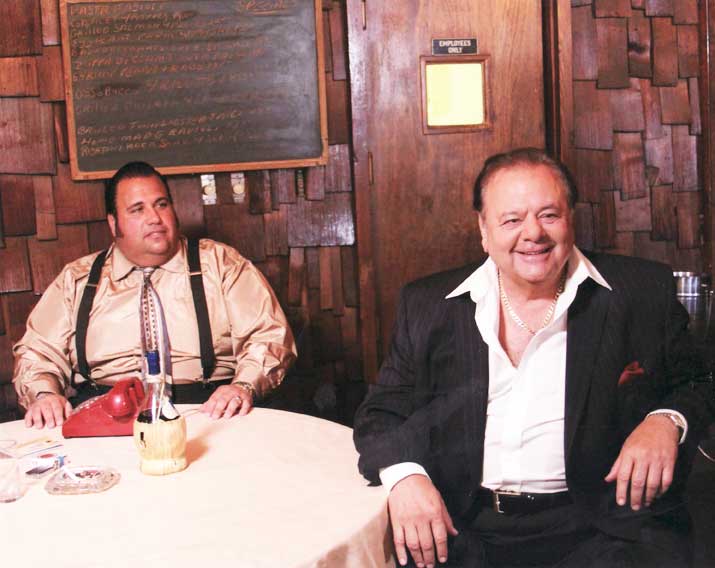 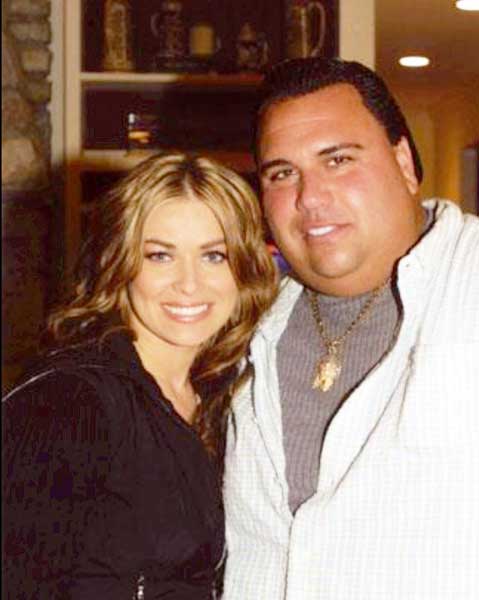 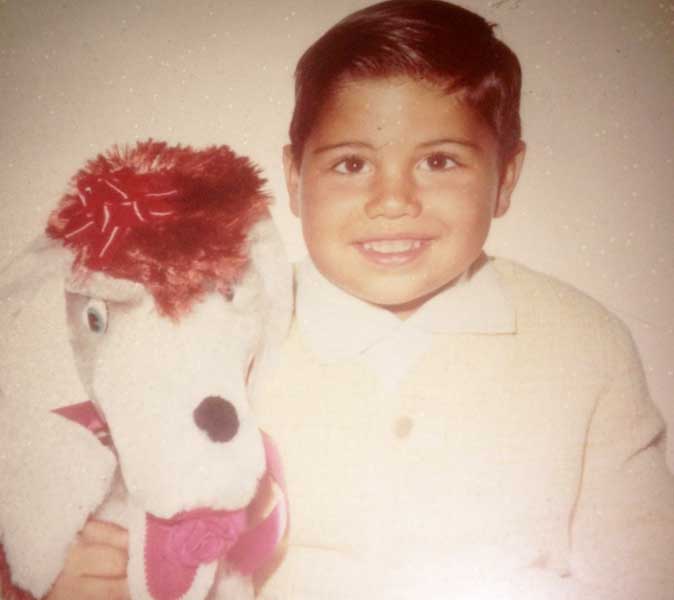 Daniel Margotta was born in Passaic, New Jersey to Army Sergeant and electrician Daniel Anthony Margotta of Montclair, New Jersey and Antoinette Grace Piacenti of Brooklyn, New York. He is the oldest of their three children. Daniel is a second-generation Italian-American, and all four of his grandparents came to the United States from Italy.

At the age of 14, Daniel was picked to enter the Comprehensive Employment and Training Act (CETA) program. CETA offered learning opportunities to misguided kids from low-income families to make minimum wage and enroll in classes during summer break to gain extra credits and introduce them to the arts, as well as give them employment opportunities. It was during this program that Daniel met the director, a man named Dr. Robert Perlett. Dr. Perlett enlightened Daniel to the art of filmmaking, and helped set him on the path to his own acting career. Daniel immersed himself into pursuing his acting dream by spending the rest of his teen years taking drama and film classes.

Daniel often looked to television as an escape and venue to the outside world that was unavailable to him growing up. Daniel always dreamed from an early age of being an actor like the icons he grew up watching. Daniel admired the great comic talents of Abbott & Costello, The Little Rascals, Bob Hope, Dean Martin and Jerry Lewis, and his favorite of all, Jackie Gleason. Hoping one day to be on screen himself, Daniel watched these great performers all the time, hoping to follow in their paths. As Daniel grew older, he naturally gravitated toward the character actors and tough guy personas like James Cagney, Charles Bronson, Al Pacino, Joe Pesci, and Robert DeNiro.

Daniel currently resides in Parsippany, New Jersey, and enjoys regular trips to the Jersey Shore and New York City. Daniel has maintained a deep sense of spirituality throughout his life, and strongly believes in community service and in being a good role model. He has always been involved in charity work that raises awareness for the terminally ill and less fortunate. Daniel has placed himself on the bone marrow donor list with the HLA Registry Foundation to help fight blood born cancers.

In 2007, Daniel was involved in a head-on collision on U.S. Route 46 that left him with several broken bones and a shattered ankle. Afterward, he endured over two years of physical therapy. Even though the accident and the resulting injuries hindered his acting career for a few years, Daniel saw it as a humbling experience, and used the time off camera to write screenplays and go back to school and obtain some professional licenses. Daniel enjoys the fine arts, fishing, swimming, reading, cars, and writing screenplays.

Daniel’s acting career began in May 1990 at the age of 18, when he was chosen to make a brief appearance in The Godfather Part III. After learning of a casting call in Los Angeles for the film, Daniel wrote a letter directly to Paramount Pictures requesting a chance to audition for a role. Three weeks later, he was summoned into a casting session in New York City with the head of casting Aleta Cheppelle. Although Daniel was not given a major role, Cheppelle had seen something in him and brought him on to be part of the climatic shootout scene in Little Italy. Daniel was asked to play a dead mobster alongside the film’s stars Andy Garcia and Joe Mantegna, earning Daniel a coveted Screen Actors Guild (SAG) card.

With Al Pacino and Angel Salazar

Following his debut in The Godfather Part III, Daniel hit the streets of New York. Once he secured his first agent, he held a series of smaller roles in The Hard Way, Hanging with the Home Boys, and a principal role in the television series True Detectives, where he earned a second union card for the America Federation of Television and Radio Artists (AFTRA). During this time, he mingled and worked with some of Hollywood’s top celebrities like Micheal J. Fox, LL Cool J, and Fabio. Daniel worked with a dynamic young actor from Los Angeles named Brad Pitt in director Tom DiCillo’s independent film Johnny Suede. The following year, Daniel’s new Hollywood connections got him a role alongside funny man Joe Pesci in the 1991 comedy The Super, which earned him his first ever screen credit. The first big break of Daniel’s young career came in 1993, when he was reading for the role of Pachunga in the classic Brian DePalma feature film Carlito’s Way. Ultimately, the role was given to Luis Guzman, but Daniel was given the role of Monchin, Carlito’s bodyguard, which put him on screen alongside his idol Al Pacino.

The following year, Daniel was cast in the movie The Cowboy Way with Kiefer Sutherland and Woody Harrelson, as well as Yankee owner George Steinbrenner’s bodyguard in Brandon Frazier’s breakout film The Scout. Later that year, while finishing up his education at NYU, he met Patrick Coppola, nephew of Francis Ford Coppola. Daniel’s newfound friendship with Patrick Coppola helped land him the position as an associate producer on the films Where Angels Dance and Seaside Seduction. He would team up with Patrick one more time in 2006 when Daniel co-starred in Jesus, Mary, & Joey, a dark comedy filmed in Rhode Island with a star-studded cast which included Jennifer Esposito, Olympia Dukakis, Jason Gedrick, Stacy Keach, Hallie Kate Eisenberg, and Dan Lauria.

In 1997, Daniel got to work with his idol Al Pacino once again in Donnie Brasco, alongside Johnny Depp, Michael Madsen, and Bruno Kirby. In 1998, Daniel collaborated with Robbie Bryan on The Stand-In, a film that they co-produced and starred in with Good Morning America star Kelly Ripa. The Stand-In, which was loosely based on their own true life experiences, opened more producing opportunities and highlighted Daniel as an actor and writer.

In September 1999, Daniel starred in an award-winning Got Milk? commercial, titled “Old Guys”, which was part of the “Milk Does the Body Good” campaign. It was directed by Jake Scott, son of Hollywood director Ridley Scott. Daniel continued to network with his new friends and attended film festivals and VIP parties, and as his commercial aired around the world, Daniel’s popularity grew, and so did his opportunity. Daniel was cast in a in the 2000 gangster movie Wannabes, where he starred alongside veteran character actors Joe Vitterelli and Robert Costanza, as well as William DeMeo, and Joey Donofrio, two young actors whom Daniel would frequently co-star with in the future. Wannabes won several film festival awards, and Daniel was nominated for Best Supporting Actor in the New York Independent Film & Video Festival at Madison Square Garden.

In 2001, director Tom DiCillo called upon Daniel once again to play a supporting role in his feature film Double Whammy, alongside Steve Buscemi, Denis Leary, and Elizabeth Hurley.


Daniel with Carmen Electra in 2007

In 2003, John Hoyt, another one of Daniel co-stars from Wannabes, got Daniel a starring role in the comedy I Am Woody, alongside David Vadim. The film won several awards in the New York film festivals, including an award for Best Short, Best Director, and Best Actor, with Daniel winning the Best Supporting Actor Award in the NYIF Festival. In 2004, Daniel shot a Pepsi Commercial that played worldwide and began to model for the clothing line ENYCE, exclusively in their Big & Tall department.

In 2005, Wannabes star William DeMeo offered Daniel a starring role in Searching for Bobby D, a comedy he co-wrote. Daniel got a chance to act alongside Tyson Beckford, Sandra Bernhard, James Madio, Louis Vanaria, and Carmen Electra. In 2006, Daniel spent a majority of the year preparing and filming Jesus, Mary & Joey in Rhode Island and shooting a SpongeBob Universal Studios commercial in Orlando, Florida.

In 2007, Daniel was in an auto accident that stifled his acting career. Once he recovered from his injuries, Daniel linked up with his old friend and co-star https://www.imdb.com/name/nm0144843/?ref_=nv_sr_2, who was known for his steady role as Furio Giunta on The Sopranos, to shoot an Applebee’s commercial that he was directing.

Daniel with Paul Sorvino on set of “Lily of the Feast”

In 2009 and 2010, Federico and Daniel worked in two short films together, The Bronx Belletomane and Lily of the Feast, both of which won Student Film Academy Awards. Lily of the Feast won a number of awards and is scheduled to be shot as a full feature film in 2014. Daniel will be reprising his role in it, and acting alongside Paul Sorvino and Tony LoBianco. In 2013, Daniel teamed up with John Hoyt, from I Am Woody and Wannabes, to serve as an executive producer and lead actor in Mi Hijo, where Daniel played a menacing Puerto Rican drug dealer.

Actor, Writer, Producer
Daniel was born and raised in the New York/New Jersey Metropolitan area. Throughout all of his life Daniel showed great abilities in both sport and art. Daniel began his show business career while in collage as a Disc Jockey in various night clubs in New York City airing live dance music on Hot 97 & WBLS.